After school on Thursday 23rd November, 12 children from Y3/4 took part in a sportshall athletics competition against other children from nearby schools at Shirebrook Academy. They took part in track events like the relay races and field events such as speed bounce, standing long jump and chest push. They worked really hard and supported each other brilliantly!

We managed to get 2nd place out of 5 teams so the children did so well! Even better because it was our first ever competition! Well done children!

On Wednesday 11th October, Y5 travelled to All Saints School for the annual sports festival. The children were split into 3 groups and focused on one sport. The available sports were Handball, Football and Basketball. The children practiced the skills for their sport in the morning before playing games against other schools in the afternoon. Miss Goodwin reported that the class showed great skill in Handball and brilliant overall effort! Well done Y5!

We had a great active day!

At the beginning of the year, we had a visit from the RuggerEds team who came and did some taster sessions for us so we could see if we wanted to take part in the RuggerEds after school sessions. We really enjoyed it! KS1 after school club is on a Monday and KS2 is on a Friday!

The St Joseph's annual sports day took place this year on the 18th July and the sun was shining down on all the amazing competitors! The children took part in a variety of events including the relay, dressing up race and hurdles races. There was lots of team spirit and good sportsmanship as the children supported and cheered on their friends and teammates. We had a brilliant time! Well done to all those that took part!

Last week, we had lots of rounders being played at school! It was Year 3 vs Year 4 and then Year 5 vs Year 6! We had a great competition with lots of skills being shown and some great team spirit to help each other along. It ended with Y6 defeating Y5 and Y4 winning over Y3! Well done to everyone who took part.

The junior gym was back again on the week of the 3rd July. The response was just as amazing as last time as children came to use all the exciting gym equipment! This week was made even better with the breakfast club that was open this week! Children could have a healthy breakfast including toast, a fruit smoothie and a yoghurt or a piece of fruit! This all added to us having a healthy and energising start to the day! We can't wait for next time!

On the 24th February, we had a very special guest in our school. Amy Smith, a Commonwealth, European and Olympic swimmer, came to visit us to talk to us about her achievements and what it takes to be an Olympic athlete. She also helped us complete a fitness circuit with the help of her Sportivator, Joe! We had an amazing day and the sponsorship money raised by the children will help us to get lots of new sports equipment for our school!

During the week of the 20th February, we had a junior gym in our school! This amazing equipment included rowing machines, bikes, weights and a reaction target board! This was available for the children to use before school from 8:00 until school started. The turnout we had was amazing with so many children getting up early to use this! The reaction was so good that the junior gym is booked again for the week beginning the 3rd July- we can't wait!

The children in Year 3 have been taking part in a program called Five60. This helps remind us we should be eating 5 pieces of fruit or vegetables a day and completing 60 minutes of exercise a day! We have an extra hour of sport and exercise a week completing different games including team games, relays and gymnastics! 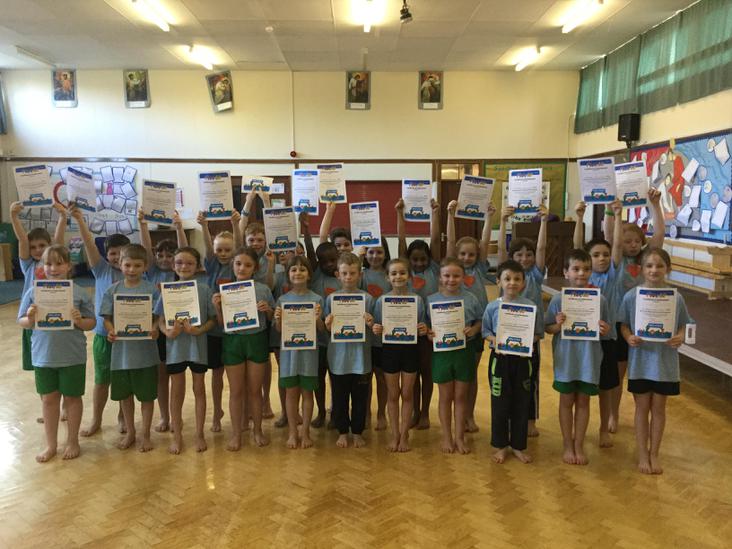 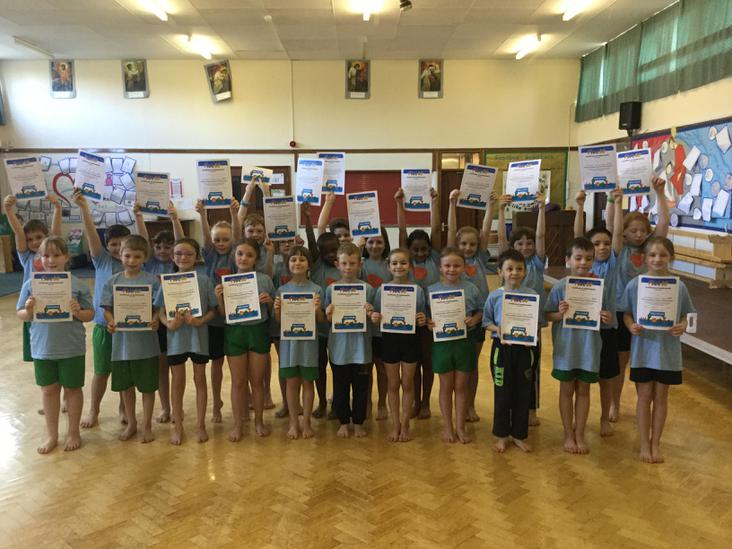